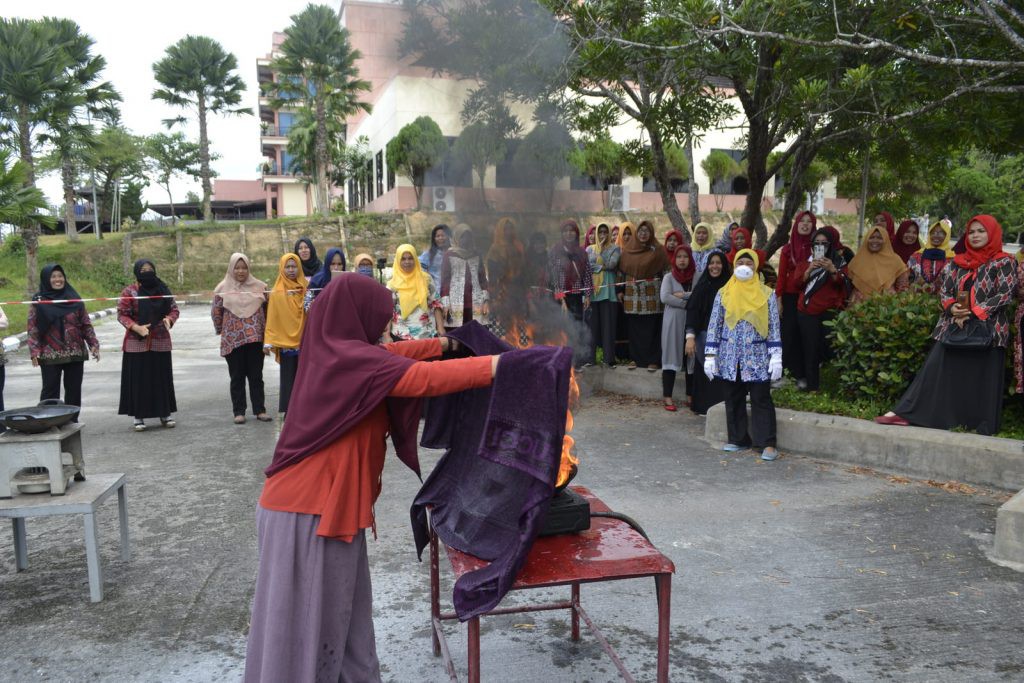 On July 18, 2019, PT KPI held a CSR program at the Bintang Sintuk Hotel (indoor and outdoor) with a socialization of fire emergency response, electricity to PKK ladies. Project Director, Mr. Hari Supriadi explained that the socialization of the emergency response began with the fire conditions in 2017 and 2018. “We are concerned considering that in 2017 there were 25 cases of fire and in 2018 there were 29 cases of fire” he said.

Mr. Hari Supriadi also hoped that after participating in the emergency response socialization, he would be able to prevent fires in his environment considering the time lag in the combustion process. “We cannot depend entirely on Damkar because there is a time of rest, if mothers are able to keep the stove without fire and the environment will help Damkar” he explained.

The Head of the Fire Department, M. Yani, appreciated the efforts made by PT KPI in organizing this activity. Mr. Yani also said that the limitations possessed by the damkar officer, everything related to the fire, his party would be blamed if it was too late to come to the location of the fire. “Between emotional and sad firefighters often become scapegoats for the fire disaster that occurred. Poor man. “Working with little money but lives are at stake,” he said.

The socialization was carried out in two sessions namely indoor and outdoor Bintang Sintuk Hotel. In an outdoor session, the activity was held in the Bintang Sintuk Hotel parking lot, participants were given practical material on how to extinguish the fire related to electricity and chemicals by PT KPI Safety and Rescue Team. This socialization was also attended by GA Manager Mr. Muhammad Nasrudim, QSHE Manager Robertus G Dwiriawan, Lurah Guntung Ida Idris and Loktuan Lurah, M Takwin